October is one of the busier months for me personally. It’s busy because here in Canada we celebrate Thanksgiving on (or around) the 12th of October. Then it’s my birthday on the 25th (Two more years until my champagne birthday! Not that I’m going to drink, haha). After that, it’s Halloween!

In October I had 7 books on my TBR this month. Seven books is completely over ambitious for me, since I never really end up reading what I want to read. The books that were on my TBR this month were: The Ocean at the End of the Lane, by Neil Gaiman; Milk and Honey, by Rupi Kaur; Midnight at the Electric by Jodi Lynn Anderson; Shutter, by Courtney Alameda; Evil Librarian, by Michelle Knudsen; Labyrinth Lost, by Zoraida Córdova; and finally, The Madman’s Daughter, by Megan Shepherd. END_OF_DOCUMENT_TOKEN_TO_BE_REPLACED

A huge Thank You to Entangled Publishing LLC., via Netgalley, for allowing my to read Crazy Over You in exchange for an honest review. 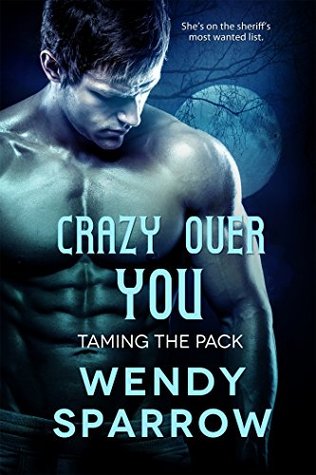 Waking up with a naked woman holding a knife at his throat is just about the last thing Sheriff Travis Flynn expected. And the brother she’s looking for? A murderer. And dead. Probably. But the real shock comes when she insists she’s not a Lycan.

LeAnn Wilcox isn’t looking for love…especially not from some wolf in sheriff’s clothing. She operates on the other side of the law. Once she finds her brother-alive-she’ll get out of the pack’s territory and go back to her regular, normal, non-furry life of changing jobs and her name whenever her past closes in.

The cool, logical Sheriff has finally met his match, but LeAnn’s life is at stake if she won’t claim her place in the pack, especially once his control over the pack is challenged and her brother’s fate is questioned.

Crazy Over You is the third book in the Taiming the Pack series by Wendy Sparrow. END_OF_DOCUMENT_TOKEN_TO_BE_REPLACED