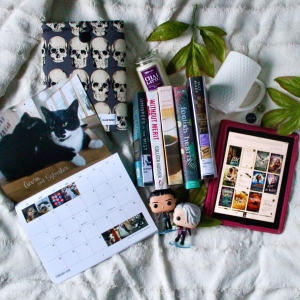 I didn’t have a set ‘To Be Read” pile/list for February, but I did want to try and read at least 10 ARC’s that I have. I’m so freakin’ happy to say that I’ve read 11 ARC’s! I DNF’d 3 of them, but I’m counting them as read, since I read enough to get a handle on the story.  END_OF_DOCUMENT_TOKEN_TO_BE_REPLACED

The Wild Hunt is the third and final book to The Wild Hunt.
Therefore, this review might contain spoilers. 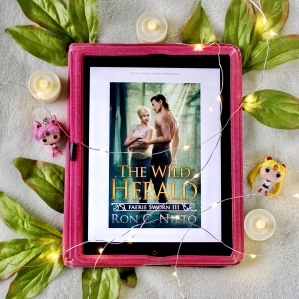 Lily must continue to play the game, and the stakes are even greater as it finally comes to a close. But when all is said and done, does she have the winning hand?

She thought she was playing the Unseelie Court for her own ends; however, Lily was nothing but a pawn of the Seelie courtier, Cadowain. The fallout is devastating, but she can’t afford to mourn for her mistakes.

The most powerful weapon known to fay and men alike is on its way to the Seelie Queen, and the upcoming war is on Lily’s head. Worse, she might not live long enough to regret it if the Unseelie Queen decides to judge her for her trickery before the battle is joined.

Fay know no mercy, but they love their games. Lily is now the Herald, and her fate lies with the Wild Hunt. If she can master it, she might be able to outplay them all. The key is the Wild Horn.

Troy, the Unseelie Trickster, is on her side. Marast, the Unseelie Hunter, is still under the compulsion that makes him protect her. But will they be enough to trick the Seelie Court and hunt down the Wild Horn before it is too late?

I had no idea what to expect when I started reading The Wild Herald. In comparison to how I feel now as to when I first started the book, well, I feel like a very, very tired human. END_OF_DOCUMENT_TOKEN_TO_BE_REPLACED

Hello lovelies! This is my final post for the first month of the new year! The older I get, the faster time seems to fly by and I have no idea how to handle that… As you can see by the title, today’s post is my January 2018 Wrap Up & Book Haul! Like last month, I seem to have gotten quite a few books. February is going to be one heck of a reading month, if I can find the time to read.

I didn’t have a set TBR this month. I wanted to keep things open and be able to END_OF_DOCUMENT_TOKEN_TO_BE_REPLACED