Hello hello! 👋 Welcome back to my blog! Today’s post is about the books I’ve recently borrowed from the library. My Library Reads! I hope you enjoy–and let me know if you’ve read any of the books I mention today. I’d love to know what your thoughts on the book(s) are.

Library Reads: I’m a huge fan of libraries. I tend to visit the library quite often, and I even come across great finds. These Library Reads posts are where I write a tad about the books I’ve borrowed.

In this post I’ll write about what books I borrowed, and what I think of the books before I actually start reading them. Whether what I say is a sentence or a few sentences long, here I catalogue the books I’ve borrowed. — From doing these posts I hope to spread a little love for libraries and the stories they can give us.

The first time I tried to write this post, was back in August of 2020. It’s been a while since I’d done a Library Reads post.

Whoops! This Unhaul is so old! I’ve gotten rid of these books for sure now.

I’ve read these books, and have kept them on my shelves for a while now; sometimes years at a time. However, I don’t think I’m ever going to re-read them. If I do end up re-reading these books, it will have been via my borrowing the book from the library, or I’d have bought the book in e-format. So the only pliable option is to get rid of them. Yay for shelf space! END_OF_DOCUMENT_TOKEN_TO_BE_REPLACED

“Welcome to New Vegas, a city once covered in bling, now blanketed in ice. Like much of the

destroyed planet, the place knows only one temperature—freezing. But some things never change. The diamond in the ice desert is still a 24-hour hedonistic playground and nothing keeps the crowds away from the casino floors, never mind the rumors about sinister sorcery in its shadows.

At the heart of this city is Natasha Kestal, a young blackjack dealer looking for a way out. Like many, she’s heard of a mythical land simply called “the Blue.” They say it’s a paradise, where the sun still shines and the waters are turquoise. More importantly, it’s a place where Nat won’t be persecuted, even if her darkest secret comes to light.

But passage to the Blue is treacherous, if not impossible, and her only shot is to bet on a ragtag crew of mercenaries led by a cocky runner named Ryan Wesson to take her there. Danger and deceit await on every corner, even as Nat and Wes find themselves inexorably drawn to each other. But can true love survive the lies? Fiery hearts collide in this fantastic tale of the evil men do and the awesome power within us all.”

Frozen is book 1 of 3 in the Heart of Dread series by Melissa de la Cruz, and Michael Johnston. I definitely think that Frozen would be a better read if you didn’t read the synopsis, so.. sorry for putting up there, ahaha. END_OF_DOCUMENT_TOKEN_TO_BE_REPLACED

Hello lovelies! How are you doing today? I hope all is well with you! If not, I’m sorry. Everyone should have a good day.

I seriously have to gear down on these books and get them read. END_OF_DOCUMENT_TOKEN_TO_BE_REPLACED 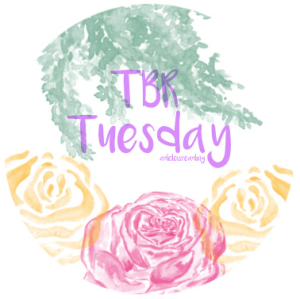 Hello reader/s! I hope you’re well! For a while now, I’ve been writing a weekly or bi-weekly post about books that are on my TBR. TBR, if you don’t know is the abbreviation for To Be Read. My goal here is to shed some light on books that I’ve otherwise forgotten about. These books could be books I’ve been meaning to read from the library, or books that have been collecting dust on my shelves at home. My goal though is to say a little about the book and also give a little reasoning of why I want to read them. In hopes of reading them sooner than later.

The books that I’ll be talking about this week are books that have come to my attention in the last year or so. I’ll be completely honest in saying that I haven’t heard much about either of these books. They’ve only appeared in my line of interest thanks to Goodreads, and because of that I’ve now added them to my TBR. Both books are by authors that I’ve never read from before, so I don’t know if I’ll enjoy their writing either.

The first book is The Fall, END_OF_DOCUMENT_TOKEN_TO_BE_REPLACED

Hello lovelies! Today is my first post of August. That means that this post is both my Welcome Back! post, and my July Book Haul. Enjoy! 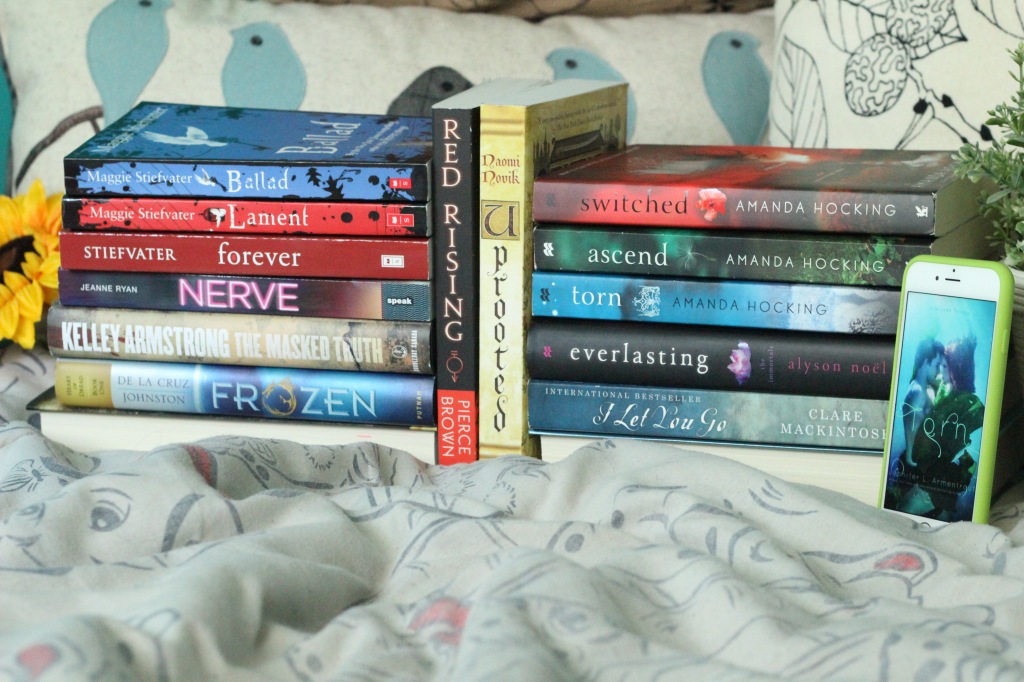 END_OF_DOCUMENT_TOKEN_TO_BE_REPLACED

Here’s a little story: I went out a couple towns over to get away from my sick mother, because she just turns into a blubbery baby who has just found their voice when she is sick. I don’t think I can ever be a mom; which is totally fine with me. Anyway, I went a few towns over via transit and was there for like, an hour. Which is a long time for me to be there! I went and sat down in the teen section to cool my body and to also check out the books. Got the books that interested me, then I went and got out the books that were in reserve. Then I went to my local library and got the books that were in reserve for me there, hahaha. All in all though, I was waiting for and using transit for at least 3.5 hours.

The day’s events have left me utterly exhausted from all the stress and anxiety attacks I had, but I got library books, so I feel that all of that was well worth it. Without a further ado, here are the books I’ve borrowed!

Strange Sweet Song by Adi Rule
‘A young soprano enrolls in a remote music academy where nothing, not even her mysterious young vocal coach, is as it seems.
Outside Dunhammond Conservatory, there lies a dark forest. And in the forest, they say, lives a great beast called the Felix. But Sing da Navelli never put much faith in the rumors and myths surrounding the school; music flows in her blood, and she is there to sing for real. This prestigious academy will finally give her the chance to prove her worth—not as the daughter of world-renowned musicians—but as an artist and leading lady in her own right.
Yet despite her best efforts, there seems to be something missing from her voice. Her doubts about her own talent are underscored by the fact that she is cast as the understudy in the school’s production of her favorite opera, Angelique. Angelique was written at Dunhammond, and the legend says that the composer was inspired by forest surrounding the school, a place steeped in history, magic, and danger. But was it all a figment of his imagination, or are the fantastic figures in the opera more than imaginary?
Sing must work with the mysterious Apprentice Nathan Daysmoor as her vocal coach, who is both her harshest critic and staunchest advocate. But Nathan has secrets of his own, secrets that are entwined with the myths and legends surrounding Dunhammond, and the great creature they say lives there.
Lyrical, gothic, and magical, Strange Sweet Song by Adi Rule will captivate and enchant readers.‘

I originally got this book out from one library but had to return it, so I borrowed it from my local library! I’m a sucker for books that take place in schools. I am so looking forward to reading this book though! I hope I get to it soon. There’s a lot of potential in this book; and it’s a standalone!!! Hopefully what I’ve conjured up in my head plays out to be true in the book.  END_OF_DOCUMENT_TOKEN_TO_BE_REPLACED