Today I have my August 2019 Wrap Up. I can’t believe how fast the month of August went by. I don’t know about you, but to me, August seems to be one of the faster months of the year. During August I had a lot going on personally, and blog-wise as well.

In August I had family from out of town visit. I also started a big Project that I hope to announce sometime soon (perhaps in the next few weeks) as well.

Blog wise, I had a lot going on too. An overload of book reviews, which might be dwindling down within the rest of the year (because of the Big Project). I also had time to post non-book-review-y things this month as well.

Hello lovelies! Today I have my book review of

Gypsy Freak is the second book in the All The Pretty Monsters series. 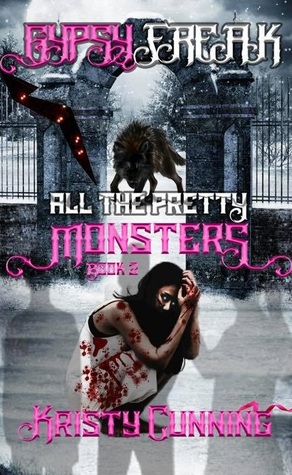 What’s it like to be a monster in a town full of monsters, who don’t know you’re a monster?
Complicated and a little scary, but doable.

What’s it like to be the girl who can’t die…that everyone seems to always want to kill?
Frustrating as hell.

What’s it like to accidentally raise psychotic alpha vampire everyone fears, who drops a lot of bodies on his first day out as a ‘gift’ for your troubles?
Terrifying, if I’m being honest.

What’s it like when that crazed vampire tells you he wants you to be the happy little intermission, during an ongoing ancient story, and expects you to use your vagina to draw in a werewolf alpha, a Van Helsing alpha, and a sexual deviant alpha, so he can have his old friends back?
That’s when a girl has to stop, look around, and question her life choices.

I really don’t know how this stuff keeps happening to me. Life was simpler when it was just me accidentally blowing myself up while trying to create potions and shampoo.

I’ve lived my life in such secrecy that I’ve spent most of it lonely. So lonely, in fact, that my best friend is a delusional ghost. I’d rather focus on her than all the crazy things happening in my life at current. Ever since coming to this town, I’ve had my throat slit by vampires, attracted way too much attention from some powerful alphas, and did a lot of regrettably stupid things because…I’m too gullible for shady monsters.

Meanwhile, I’m still left to figure it all out on my own, because, just like me, no one wants to share their secrets.

Admittedly, I didn’t take any notes while I was reading Gypsy Freak. So this review might actually be on the short side. END_OF_DOCUMENT_TOKEN_TO_BE_REPLACED

Hello friends! How was your July?

My July was….good, at the beginning of the month. The rest of July seemed to drag on, and on and on. Yet now that I’m thinking back on this past month, time flew by. I got quite a bit of reading done, which I’m happy about. I also posted a few things as well. I’m trying to post more than just book reviews, so if you have any post recommendations throw ’em at me.

I hope July treated you and yours well.