Hello lovelies! It’s time for another one of my Most Anticipated Books (of the Month) post.

Today we are looking at the books that are coming out in: September, 2019.

My “Most Anticipated Books of (Month/Year)” posts are a monthly post where I talk a little about the books I’m excited to read that are going to be published very soon.

The covers and synopsis’ for the mentioned titles will be from GoodReads. 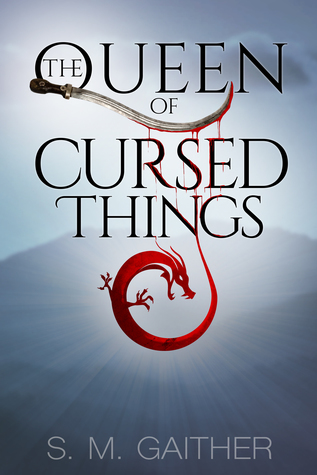 She’s the last member of a cursed and deadly clan.
He’s the crown prince with a dangerous secret.
Together, they’ll save the empire–or destroy it.

Decades ago, the High King of Sundolia waged a war that vanquished the serpent clan and drove them out of the empire, reducing them to nothing more than legends spoken of in occasional frightened whispers.

But they did not leave peacefully. Their parting gift included curses that now rest within the empire’s soil, beneath the shade of its jungles, treading through the waves of its seas. Growing more and more dormant as the years pass under the shadow of that increasingly tyrannical high king.

Until Alaya–a girl with a hidden serpent mark who shouldn’t exist–accidentally wakes one of them up. Then another. And suddenly she finds herself near universally despised and feared, a scapegoat exiled from her adopted village and left with no choice but to seek the truth about her cursed bloodline. About her true home. About a power, stolen from the serpent goddess herself, that is supposedly resting in that home. It is the sort of power that could help her overthrow a king, expose the lies he’s told, and put a stop to his wars.

But the closer she gets to that power, the more complicated the truth becomes. The more dangerous her waking power seems. And the more she begins to wonder: Can you still be the hero if you were born a curse?

What interests me most is that Alaya accidentally wakes up curses that may have been forgotten. I’m also looking forward to reading Alaya’s story precisely because I have a feeling that I will lovethis novel. I’m so stoked to read it, I can’t wait!” 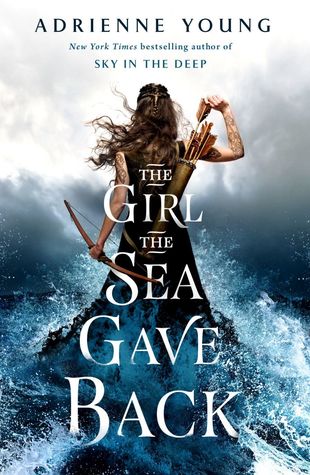 The new gut-wrenching epic from the New York Times bestselling author of Sky in the Deep.

For as long as she can remember, Tova has lived among the Svell, the people who found her washed ashore as a child and use her for her gift as a Truthtongue. Her own home and clan are long-faded memories, but the sacred symbols and staves inked over every inch of her skin mark her as one who can cast the rune stones and see into the future. She has found a fragile place among those who fear her, but when two clans to the east bury their age-old blood feud and join together as one, her world is dangerously close to collapse.

For the first time in generations, the leaders of the Svell are divided. Should they maintain peace or go to war with the allied clans to protect their newfound power? And when their chieftain looks to Tova to cast the stones, she sets into motion a series of events that will not only change the landscape of the mainland forever but will give her something she believed she could never have again—a home.

I’ve been looking forward to reading The Girl the Sea Gave Back ever since I read the title. Like–I don’t even need to read the synopsis, because the title is that interesting.

I’m definitely going to recommend The Girl the Sea Gave Back as a purchase to the library.

Though The Girl the Sea Gave Back is a Historical Fiction novel…I’ll give this one a Tova’s story a try. I’m very curious to know why the sea gave the girl back… 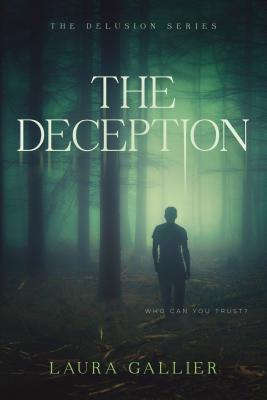 Praise for The Delusion Series:
“I encourage you to read The Delusion. It triggers your imagination about the realities of spiritual warfare.” –Jase Robertson, Duck Dynasty

Less than a year after the horrific Masonville High shooting, Owen is determined to uncover why the Creepers have converged on his land and the school–a necessary step in his mission to drive evil forces out of his town.

A supernatural visitor tests Owen’s ability to discern between truth and lies as the community is rocked by abductions and disappearances. While the town comes together to find those who are missing, Owen must fight to discover what is real and what is part of a strategy to distract him from his true purpose.

Will Owen’s courage and conviction waver or hold firm as he to fights to free Masonville from the demonic forces threatening to tear the town apart?

The synopsis for The Deception might actually be very deceiving. I saw on GoodReads that 2 users have put The Deception under 2 genres that I typically stay away from: Christian, and Faith. That’s entirely on me though–I prefer not to read books where there’s any religion or faith involved.

Nevertheless, I’m going to give The Deception a go. I don’t know what will happen in Owen’s story..

ALSO: I cannot figure out in The Deception is the second book as this synopsis leads me to believe, or if it’s a stand alone. If you know please tell me. 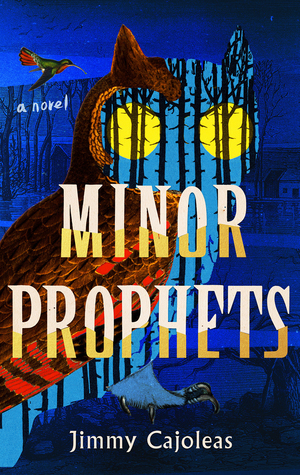 After their mother’s death, two siblings must navigate the strange world of the occult in this thrilling YA mystery

Lee has always seen visions: cats that his mother promises aren’t really there, a homeless man who he’s convinced is out to get him, and three men who give him ominous warnings in the woods. His mother and his sister Murphy try to keep him grounded in the real world. But when his mother dies in a car accident and her horrible husband tries to adopt them, Lee and Murphy flee to their grandmother’s ranch, which they’ve only heard about in stories. But is there a reason why their mother never brought them there? And what horrid truths lurk behind Lee’s haunting visions? Thrilling, twisty, and poignant, Minor Prophets will keep readers guessing until the final page.

I’m extremely picky with what Horror novels that I read–that’s why I’ve read very little horror novels to be honest with you… Yet there’s an undertone to the synopsis that I can’t quite get around and it’s making me curiouser and curiouser. I can’t help but think that there’s going to be a fantasy element to the story. If there is a fantasy element within Minor Prophets, I just know that it’ll be explained away by the end of the novel.

And can I just mention how clever the cover of Minor Prophets is?! 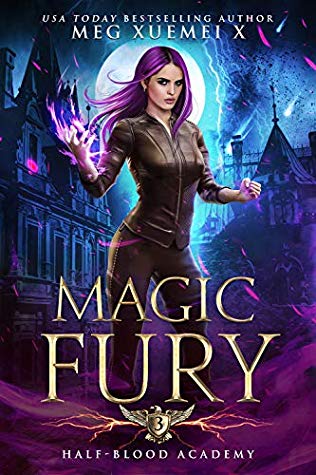 I’m not what everyone thinks I am.

If they discover what I am, both the gods and demons will hunt me to the ends of the universe.

The revelation of my hidden origin would tilt the scales of the immortal war, but I don’t carry this dark secret alone. The sea demigod, my sworn enemy, now carries it with me and leaves a trail of dead bodies behind to keep me–and my secret–safe.

Amid the turmoil and chaos, the God of War returns to the Academy. Obsessed with my uniqueness, he steals me from his son’s bed to make me warm his.

So war breaks out between the war god and my demigods while Lucifer’s army of demons besieges the Academy. If we all survive the brutal battle, my mates will soon learn the truth about me is dirtier than reality.

I’ve been looking forward to reading Magic Fury ever since I finished reading the first two books, Magic Trials (#1) and Magic Secrets (#2) back in July.

I expect big things to happen within Magic Fury. I don’t want to go into too much detail of what I expect to happen.. However, I believe that the Big Secret will be revealed and it will lead to a huuuge fight, if not an out-right war.

Are there any books in September that you’re looking forward to being published? What ones?

2 thoughts on “Most Anticipated Stories of September 2019”