Thank you to Backlit PR via Netgalley for allowing me to read Magic of the Loch in exchange for an honest review. 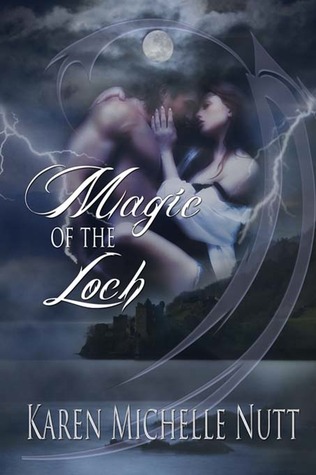 Michaela Grant travels to Scotland for a holiday, knowing this vacation is her last. A medical condition threatens her life and any chance of a future—until she meets Alan MacLachlin, a man forced to exist between two worlds.

Alan is the legendary Loch Ness Monster. Once every fifty years he returns to human form in search of his soul mate, the one woman who can break his curse. He believes he has found forever with Michaela, but to claim it he must figure out how to save her life.

Michaela and Alan vow to take what time has to offer, but another threat looms. A sinister shape shifter with a vendetta against Alan is making Loch Ness his personal hunting ground. Now he’s threatening Michaela. Alan must discover who the shifter is and stop him before it’s too late.

This review may contain spoilers.

I doubted whether or not that I would end up liking Magic of the Loch, since the book synopsis and cover (even though it is pretty) sound and look so stereotypical. In the end though, Magic of the Loch proved to be everything and nothing that I expected this book to be.

The prologue to Magic of the Loch was very interesting, and very important to the overall story.

Alan is an interesting character, but I honestly found him to be a little dull. I found his possessiveness near the end of the book to be boring and problematic. Alan does have his moments though. I’ll give his character that.

Michaela is another interesting character. I much preferred Michaela’s POV on things, than Alan. Michaela was actually pretty interesting. Michaela proved to be the refreshing point of view, with a realistic way of thinking.

The ending to Magic of the Loch (pre-epilogue) was good. I thought the story wraps up very nicely. The epilogue is the proverbial cherry on top — I didn’t expect the epilogue at all.

I gave Magic of the Loch, 3 of 5 stars on Goodreads.

Thank you, again, to Backlit PR and Netgalley for allowing me to read Magic of the Loch in exchange for an honest review.

2 thoughts on “Magic of the Loch, by Karen Michelle Nutt | ARC Book Review #274”