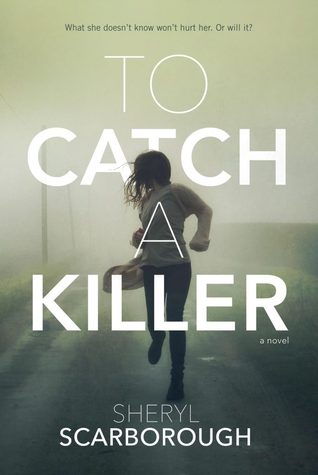 Erin Blake has one of those names. A name that, like Natalee Holloway or Elizabeth Smart, is inextricably linked to a grisly crime. As a toddler, Erin survived for three days alongside the corpse of her murdered mother, and the case—which remains unsolved—fascinated a nation. Her father’s identity unknown, Erin was taken in by her mother’s best friend and has become a relatively normal teen in spite of the looming questions about her past.

Fourteen years later, Erin is once again at the center of a brutal homicide when she finds the body of her biology teacher. When questioned by the police, Erin tells almost the whole truth, but never voices her suspicions that her mother’s killer has struck again in order to protect the casework she’s secretly doing on her own.

Inspired by her uncle, an FBI agent, Erin has ramped up her forensic hobby into a full-blown cold-case investigation. This new murder makes her certain she’s close to the truth, but when all the evidence starts to point the authorities straight to Erin, she turns to her longtime crush (and fellow suspect) Journey Michaels to help her crack the case before it’s too late.

The start of To Catch a Killer was a bit of a shocker, but I like how easily we’re guided into the rest of the story.

I was so easily wrapped up in the intrigue and mystery, that it was hard for me to figure out who, exactly, the Bad Guy™ was. I kept on going back and forth from these two characters. However after I was about 3/4 into the story I was able to discern who the Bad Guy was after two previous failed attempts to do so.

There were a few times where I couldn’t read the book. I literally threw the book across my bed, because of the angsty parts. After a quick breather though I got back into the reading since To Catch a Killer was so freaking intriguing and I had to know how this book ended.

the time. So I’m super glad that I finally borrowed To Catch a Killer from the library. I loved all the characters, except for the two that I had suspected—-they just gave me really weird vibes. I still don’t like them after having finished the book.

The other characters in To Catch a Killer are interesting as well. I loved that Erin and her best friends refer to themselves as the three musketeers; I thought that Rachel was a tad over protective, and I enjoyed meeting Erin’s uncle as well.

I immensely enjoyed reading from Erin’s point of view. She’s a great character all around. We saw some of the awkwardness Erin has towards her crush. Among other things, we see quite a lot of Erin’s life! I really enjoyed the forensic aspect of this story as well. I loved how into forensics Erin is, and how that is shown to us throughout the story.

I absolutely loved the ending. The ending in To Catch a Killer is so sweet in my opinion! I can’t wait to get my hands on a copy of the sequel, To Right the Wrongs.

I ended up giving To Catch a Killer, 4 of 5 stars on Goodreads.

Have you read To Catch a Killer? What’d you think of Erin’s story?

3 thoughts on “To Catch a Killer, by Sheryl Scarborough | Book Review #254”