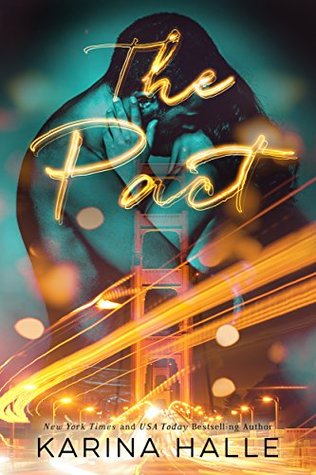 *The Pact is a full-length, standalone “friends to lovers” contemporary adult romance*

It all started with a pinky swear…

Linden McGregor is tall, rugged, and gunslinger handsome; a helicopter pilot with a Scottish brogue and charm to spare. He’s also one of Stephanie Robson’s best friends and has fit into that box for as long as she’s known him.

Beautiful, funny and an ambitious businesswoman (with one hell of an ass), Stephanie Robson is one of Linden McGregor’s best friends and has fit into that box for as long as he’s known her.

Back in their mid-twenties and tired of the competitive hit-or-miss dating scene of San Francisco, Steph and Linden made a pact to marry each other if neither one of them were in a serious relationship by the time they hit thirty.

It sounded like fun and games at the time but as the years to thirty tick past and lovers come and go out of their lives, the pact becomes larger than life.

Sex is inevitable. Friendships are tested. Hearts are on the line.

The pact is about to change everything.

Note: due to the dirty talk and sexy times, The Pact is not meant for anyone under the age of 18.

I was in need of a different kind of book since I felt like I was falling into a reading slump, so I picked up  The Pact. I’ve read Karina Halle’s work before and have really enjoyed it. I thought The Pact would end up in the “really liked it” category. While that didn’t happen, I did still end up enjoying Stephanie, and Linden’s story!

When I got to reading The Pact though, I was glad to see that Halle’s writing is as addictive as ever.

A few things that I liked about The Pact are:

That there are two points of view: Stephanie and Linden.

Linden’s character was likeable. There are definitely a few things that I didn’t like about his character. I won’t get too much into it, since that just seems to be the norm for 99.9% of the male characters that I read from in romance novels.

The first few chapters of The Pact are little snapshots of Stephanie’s life. These snap shots then lead up to present day in Steph and Linden’s story. I love seeing little bits and pieces of characters’ pasts; so the way that the first six-ish or so chapters are set up pleases me immensely.

Even though the main plot of The Pact was seeing how Stephanie and Linden would handle their feelings towards each other, I really love the friendship-between-two-best-friends-relationship-evolving-into-something-more-permanent trope. So I ended up really enjoying reading the angst between Stephanie and Linden.

I liked that everything about The Pact felt so…realistic. I feel like I could peel these characters off of their pages and take them into our world, and they’d fit perfectly — Like they’d been here all along. Halle has a way of bringing fictional character to life in a way that a lot of authors lack.

The only thing that I found that The Pact was lacking, was diversity in characters.

Have you read The Pact? What’re your thoughts on it? I’d love to know!