Hello reader/s! I hope you’re well! For a while now, I’ve been writing a weekly or bi-weekly post about books that are on my TBR. TBR, if you don’t know is the abbreviation for To Be Read. My goal here is to shed some light on books that I’ve otherwise forgotten about. These books could be books I’ve been meaning to read from the library, or books that have been collecting dust on my shelves at home. My goal though is to say a little about the book and also give a little reasoning of why I want to read them. In hopes of reading them sooner than later.

Both of the books that I’m talking about today are Young Adult Fantasy books. I bought these books at the same time, so for a while now, when I think of one, I’m reminded of the other. They’re also both first books in their respective series. However, one book deals with Ghosts, and the other story deals with Shapeshifting.

Hereafter was one of the books that caught my eye when I really got back into reading again. …So Hereafter has been on my TBR for quite a while now!

And then something happens that leads Amelia (the main character) to rescue this boy from drowning in the river. As a ghost, I have no idea how Amelia will be able to do that, but I want to find out. The synopsis says that Amelia wills this boy, Joshua, to live… But I still have no idea how.

And then somehow, someway, Amelia and Joshua grow closer. Which to me, just sounds like a bad idea in general to be honest. I actually think that there’s a love triangle within this first book, which I don’t like. But since this ghost, Eli, “is doing everything in his power to destroy their newfound happiness and drag Amelia back into the ghost world . . . forever.”!! I’ll let this one slide..

The second book that I’m talking about is Mistwood by Leah Cypess. Mistwood is the first book in a duology. 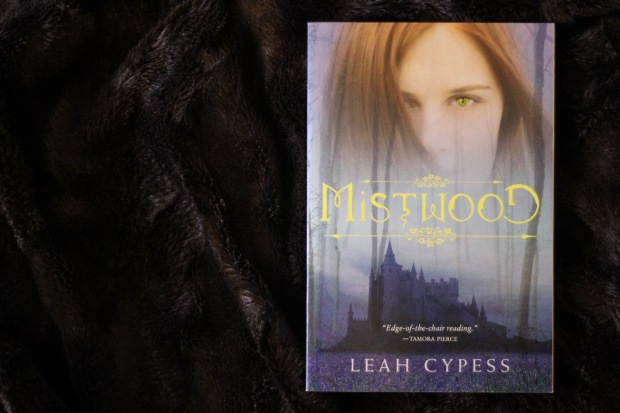 Mistwood caught my eye mostly because of the girl on the cover, and how weird and alligator-like the girls eye is. And the first sentence of the synopsis is fairly interesting as well! It reads: “The Shifter is an immortal creature bound by an ancient spell to protect the kings of Samorna. When the realm is peaceful, she retreats to the Mistwood.”

So apparently the main character, Isabel, is a shifter that has this life-time contract which pretty much gets Isabel to come and go from society whenever she’s needed. Isabel stays in the Mistwood when she’s not needed, and when she is she comes back to the castle to protect the king(s). However, between each lifetime she apparently forgets who she is and why she feels compelled to protect the king.

I honestly have no idea what to expect with this novel since there seems to be a lot at hand… For example, the prince is hiding something that I can already tell has a lot of punch behind it. And something will happen for this secret to be revealed, and when that happens, Isabel’s bond shatter’s and, I believe, becomes a free lady.

There are so many places in which the story could go, and I’m both dreading and am excited for whenever I get around to reading this book.

Have you read either of these books?